skip to main | skip to sidebar

Teaching Practice 2009
Publish at Scribd or explore others: 2009 teaching practice
Posted by Saralfandi Bin Haji Besar at 12:42 AM 0 comments

Teaching Practice 2009
Publish at Scribd or explore others: 2009 teaching practice
Posted by Saralfandi Bin Haji Besar at 4:22 AM 0 comments

Subtopic: Sounds Around Us

Pupils will be able to:

1. Explore and investigate the sounds which is common around us.

2. Describe how sound is made and how it is possible for us to hear sound.

3. Distinguish between the various sounds that we can hear.

- 15 sounds obtained from the Internet and played on the computer.

- Pictures of objects and animals.

There would be 15 sounds, which are:

The teacher would then relate this demonstration with the first activity where the ruler vibrates to make a sound. These two activities reinforce the pupils’ knowledge of sound being made by vibrations. Although the teacher needs to point out that even though vibrations make sound, different object would produce different sounds. In this demonstration the pupils would also be given the chance to hit the tuning fork to make a sound.

We hear sound due to the fact that air vibrates. These vibrations are carried through the air and to our ears. Further explanation for this is that the vibration causes our eardrums to vibrate which in turn transmits the sound signals to our brains and we then identify it as a sound. It is necessary to extend the explanations in order for the pupils to better understand how sound is heard by us.

The teacher would tell the pupils to write on the whiteboard one object each that makes a sound that they are familiar with. Each pupil would contribute one object until all of the pupils have given their answer.

To conclude the lesson, the teacher would spend some time to recap the lesson, how sound is made and how we can hear sound. Question random pupils asking them questions like, “How is sound made?”, “If an object doesn’t vibrate would it make a sound?”, “If we close our ears would we be able to hear sound?” and more. This is to better reinforce their knowledge of the lesson taught.

Posted by Saralfandi Bin Haji Besar at 1:01 AM 0 comments 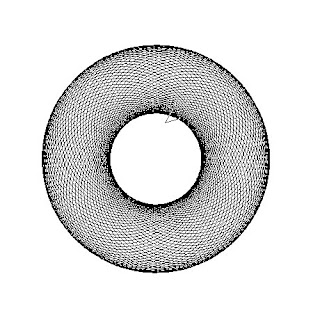 Today I was given my timetable by the GB. I am teaching Primary 1,2 and 3. I have 4 periods in total. Primary 1C is at 8.35 AM till 9.00 AM. Primary 3A is at 9.25 AM till 9.50 AM. Primary 2B is at 10.00 AM till 10.25. Primary 2A is at 10.25 AM till 10.50 AM.
Classes start at 7.45 AM and ends at 11.40 AM due to Puasa. My timetable was given late to me due to the GB and her PGBs being busy with administration work. I also had to ask permission to leave school early today because I received an emergency call from my father related to my mother. I had to go to RIPAS hospital at about 9.30 AM due to her having a minor heart attack.
I should be starting class after the Hari Raya holiday where classes will resume as normal and will submit my lesson plan on the classes I have been given to teach.
Posted by Saralfandi Bin Haji Besar at 10:55 PM 0 comments

I've just started this blog due to me attending a course from MOE for 2 weeks (13th August till 30th August). I actually started my TP in school last Monday (1st September 2008) but there were no classes given to me yet. The Guru Besar and her assistants were out for a meeting at MOE for the whole day.
In conclusion I hope to be able to fill in this blog with as much information as I can gather for the duration of my course here in UBD.
Posted by Saralfandi Bin Haji Besar at 7:49 PM 1 comments 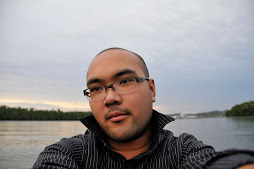